January 6, 2020 (LifeSiteNews) – Efforts by the socialist mayor of Paris to scrub a pro-family poster campaign from inner city train stations backfired after a judge ruled that the posters were legal and were to remain posted for the duration of the contract. (…)

Below is the LifeSite’s interview with Tugdual Derville :

Tugdual Derville (TD): It is, of course, a surprise to see such a virulent response to posters that express landmarks to which the vast majority of French people are attached: fatherhood, motherhood and respect for differences, such as the “difference” of handicapped people represented by a young girl in a wheelchair. We know that it is difficult for everyone to have respect for these supporting walls that are the foundation of human ecology. Our campaign reaches out to people and also challenges their consciences. In particular, it challenges them on bioethical issues, a field in which these three supporting walls are under deep attack. That the ideology of deconstruction should so openly challenge our campaign in fact validates it, and I think that this is a legal, political and moral fault on the part of Anne Hidalgo. (…) 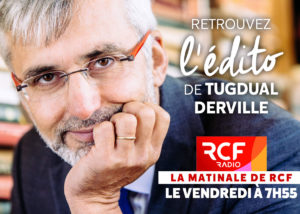